LOCAL youngsters were introduced to some of the most important aspects of Aboriginal culture during a special event at a White Gum Valley childcare centre.

Bardi artist Ron Bradfield Jr visited the Little Learners Early Development and Education Centre to teach the children about the importance of bush tucker and medicine to indigenous cultures.

Centre director Ken Scott-Hamilton said they would continue introducing the children to indigenous culture through creating their own bush tucker garden and inviting a guest each week to teach them more about Noongar culture.

“Ron was amazing and tailored the sessions to suit the relevant age groups, with the younger children engaged in a story told about the origins of bush tucker found in the balga tree,” he said.

The older children got a longer version and experienced hands-on a variety of props Ron had brought along as part of his interactive incursion, and are really excited about creating their own bush tucker garden.

“We believe it is imperative that children learn about our rich Aboriginal culture through shared learning in order to create mutual respect.

“It’s vital that we promote acceptance and inclusion of all people from an early age and that we embrace our cultural heritage, and the best way to do this is to provide children at a young age with exposure and opportunities to experience a diverse array of cultural heritages and backgrounds.”

June 20th, 2018, 11:30AM Written by Leah Roberts Fremantle Gazette THE power of education is what drove Ken Scott-Hamilton into the childcare industry. The owner and director of Little Learners was recently chosen as WA Director of the Year. Mr Scott-Hamilton … 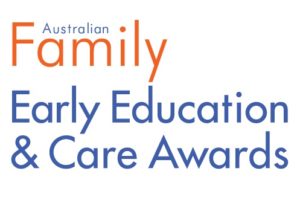